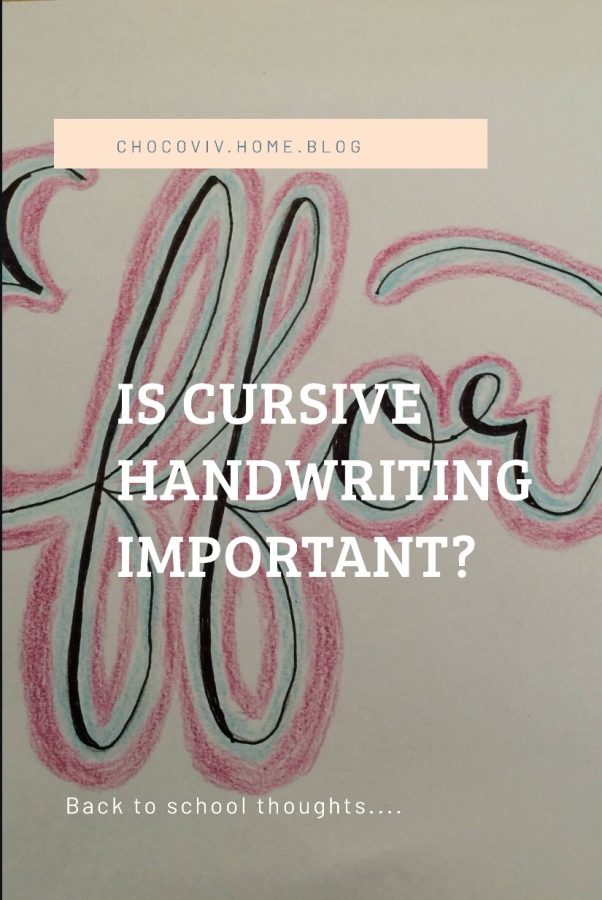 “Cursive is any style of penmanship in which some characters are written joined together in a flowing manner, generally for the purpose of making writing faster, in contrast to block letters. Formal cursive is generally joined, but casual cursive is a combination of joins and pen lifts. ” Wikipedia According to Wikipedia, cursive writing was developed… END_OF_DOCUMENT_TOKEN_TO_BE_REPLACED

From being on the PTA to taking the children to their school field trips to help as a Chinese school teacher’s aide, I enjoy volunteering at the school. There are more volunteering opportunities when the children are younger. Honestly, I love to hang out with all the children at school, from kindergarten to Grade 7.… END_OF_DOCUMENT_TOKEN_TO_BE_REPLACED

One of the most time consuming part of going back to school is the packing of a lunchbox. I cringe whenever I see uneaten food come home inside the lunch box. As a mom, it is difficult to know for sure if your lunches will be eaten at all each day. You can only hope… END_OF_DOCUMENT_TOKEN_TO_BE_REPLACED

After reading “Harry Potter and the Philosopher’s Stone” a few months back, I was ready for the “Chamber of Secrets”! I decided to watch the movie version again, so that I might be able to connect the two versions. Honestly, I no matter how many times I have watched this movie, I still loved it… END_OF_DOCUMENT_TOKEN_TO_BE_REPLACED

“The Versatile Blogger Award is an award by bloggers to fellow bloggers for their unique content.” Thank you, @irishgirl69 ( https://shatter-the-silence.mn.co/posts/the-versatile-blogger-award ) for your nomination! She is “am a Mom, Grammy, Friend, #Poet, #Author of 130+ Poems, Memoir, 2 Others AND a Daily #Blogger Shattering the Silence on Family Secrets & Childhood Trauma!!” Check her… END_OF_DOCUMENT_TOKEN_TO_BE_REPLACED

Time to do some back to school shopping!! But, isn’t that not a good thing? Spending more money and not very environmentally-friendly? Honestly, looking into the past, as a young student myself, I remember how much I loved to purchase new supplies each year to start school…. Read on! Click below to read more: https://gogobags.ca/school-time-two-tips-for-a-more-ecofriendly-back-to-school/&hellip; END_OF_DOCUMENT_TOKEN_TO_BE_REPLACED

First day of school….As you walk through the shopping centres around the city, one would see the different displays of back to school items. Most parents would be very excited about having their children start school again.… Read about these precautions and remember to leave a comment! Likes and comments are greatly appreciated! Click below:… END_OF_DOCUMENT_TOKEN_TO_BE_REPLACED